The RASNZ Lecture Trust is pleased to announce that Dr. Paul Groot will be the 2018 BHT lecturer.

CAS and UC are pleased to announce Dr Groot will present in Christchurch on 12 October 2018.

The direct detection of gravitational waves by the LIGO and Virgo laser interferometers has opened a completely new field in astrophysics. The merger events of binary black holes and neutron stars have now been detected. The electromagnetic radiation from one event (GW170817) has also been detected in a world-wide effort by thousands of astronomers.

After the current upgrades the LIGO/Virgo detectors will detect a gravitational wave signals at a likely rate of one per week. This amazing development also raises many questions and opens up new opportunities: How do these binary black holes form? Where and when were they formed? How do they link to massive stars? Are they really the production site of gold in the Universe. What is the highest and lowest mass black hole? What are neutron stars made up of? Can we find these events even without gravitational wave signals, by looking at short duration transients in the optical sky? 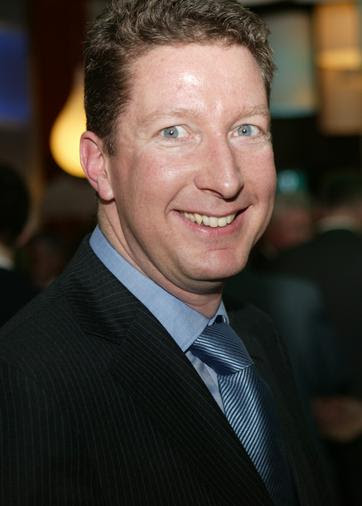 During the lecture I will give a short overview of the amazing results obtained so far and look ahead to the new possibilities for understanding black holes, neutron stars and the violent Universe.

Paul Groot is Professor of Astronomy at Radboud University, located in Nijmegen, the Netherlands. He obtained his PhD in 1999 at the University of Amsterdam, among others on the first detection of optical afterglows from gamma-ray bursts. After a stay at the Harvard-Smithsonian Center for Astrophysics as a CfA fellow he returned to the Netherlands in 2002 to co-found the Department of Astrophysics at Radboud University. He served as chair of the Department from 2006 – 2016 and as chair of the Netherlands Research School for Astronomy (NOVA) from 2012 – 2016.

In this role he played a very active role in setting the research and instrumentation strategy for Dutch astronomy. His research is focused on compact binary systems, transients in the Universe and gravitational wave astrophysics. He has a keen interest in astronomical instrumentation, among others as Project Scientist on the VLT X-Shooter spectrograph and Principal Investigator on both the MeerLICHT telescope and the BlackGEM array.

He is a member of the Virgo Collaboration for the detection of gravitational wave signals. He is the co-recipient of the 2002 EU Descartes Prize, the 2016 Breakthrough Prize in Fundamental Physics and the 2016 Gruber Prize in Cosmology.

RASNZ Lecture Trust is promoting this along with CAS and UC for Christchurch event.

Admission by ticket only – Click here to reserve yours

Get Feed for iCal (Google Calendar). This is for subscribing to the events in the Calendar. Add this URL to either iCal (Mac) or Google Calendar, or any other calendar that supports iCal Feed.